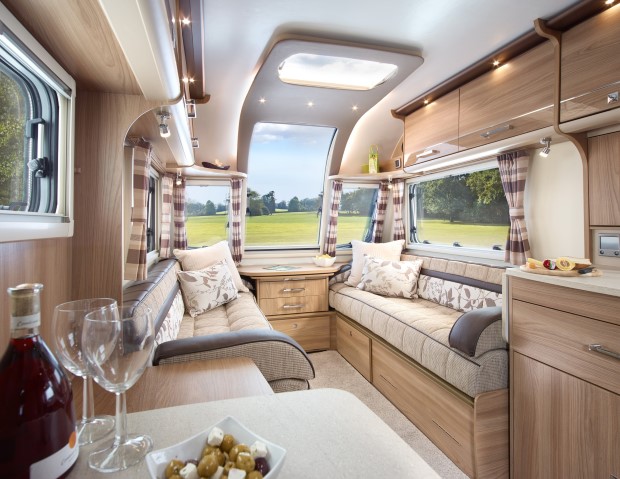 • The new, third-generation Bailey Unicorn has won its first award, with the Seville model named as overall winner and ‘Tourer of the Year’ in the Practical Caravan magazine Tourer of the Year Awards 2015
• New Bailey Unicorn range has “taken one of the biggest strides forward for its third generation,” says Practical Caravan magazine
• New Unicorn range is the first to benefit from new Bailey product development process, plus new state-of-the-art CAD technology and design team
• New, more refined Unicorn range now available to view at Bailey retailers

Fresh from its arrival at Bailey retailers last month, Bailey of Bristol is delighted to announce that its new, third generation Unicorn range has already won its first award, with its Seville model named as the overall winner and ‘Tourer of the Year’ in the Practical Caravan magazine Tourer of the Year Awards 2015.

According to Practical Caravan, Bailey’s flagship Unicorn range has, “taken on one of the biggest strides forward for its third generation, addressing past criticisms head-on and improving substantially in just about every quarter”.

The winning Tourer of the Year, the two-berth Unicorn Seville, with an end washroom and front lounge layout, was described by the judges as, “a hugely deserving winner” that “simply cannot be ignored”. Practical Caravan’s editor, Alastair Clements, added that, “no other tourer elicited a ‘wow’ like this one as we stepped aboard,” and that being amazed by such a popular layout was, “testament to the quiet revolution that has taken place in this range”.

The flagship Unicorn range is the first to benefit from a new Bailey product development process, plus a new design team using the latest state-of-the-art CAD software.

After listening to customer and media feedback each interior was reconfigured to maximise the available interior living space to offer class-leading comfort, convenience and value for money. As a result, the new Unicorn range has up to 15 per cent more floorspace, up to 10 per cent larger (single level) kitchen worktops, up to 10 per cent longer lounge seats and up to 25 per cent large shower cubicles.

The Seville’s interior has certainly benefited from these improvements and immediately feels more spacious and luxurious. The redesigned kitchen has a unique, slim-line Dometic tower fridge (available on all single-axle models) which is positioned higher so it is more convenient to use than in the conventional position under the worktop, plus its larger 133-litre capacity also makes it more practical and means less frequent trips to restock its contents. Relocating the fridge has created new cupboards under the sink, while the split-level sideboard unit opposite offers a high surface at the same level as the kitchen, plus a lower section convenient for drinks or a TV while sitting in the lounge. It also has an additional side window to make the interior even brighter.

Aside from its fresh exterior colour scheme, graphics and more aerodynamic, curved rear profile (offering up to 10 per cent improvement in fuel economy) other new features the Seville shares with the rest of the Unicorn range include a class-leading 100 watt Truma solar panel and a new, improved Alde heating system which has been put through extreme hot and cold chamber tests to prove it is more efficient and warms-up the interior quicker thanks to a combination of a new boiler and design improvements to the interior furniture to improve the circulation of warm air.

The Seville is the smallest model and most affordable model in the flagship, eight-model Unicorn line-up for 2015, available with prices ranging from £19,525 to £22,795.

“The Unicorn is our best-selling range, and with the Tourer of the Year award, plus the extremely strong comments from the judges, I’m hoping it’s on the shortlist for everyone looking for a top-of-the-range caravan in 2015,” he continued.

Thanks to over 65 years’ experience producing caravans, Bailey has incorporated many unique benefits to the design of its entire range. It was the first to introduce an innovative, industry-leading, patented construction system, Alu-Tech, now used across the range and well proven with over 30,000 produced and being used as far afield as the extremes of Australia. Superior towing stability has also been achieved by redesigning the weight distribution of every model to make them the only caravans available with heavier items like the gas bottle and battery storage lockers more sensibly located as near the centre of the caravan as possible, instead of the traditional front location, which also helps to create more interior living space.