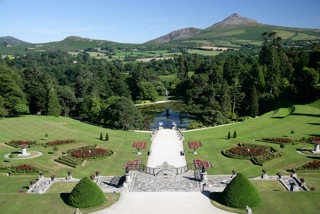 Ministers at the Department of Transport, Tourism & Sport, Paschal Donohoe TD and Michael Ring TD, have welcomed the continued growth in overseas visitor numbers for the first six months of 2015, as shown by figures released by the Central Statistics Office (CSO). Both Ministers said the fact that the number of overseas visitors to Ireland is up 11.7% on the same period last year demonstrates the vital role the sector is playing in our economic recovery and job creation.

Speaking following the release of the figures, Minister Donohoe said: ‘We now have official figures for overseas visits to Ireland for the first half of 2015, which show that Irish tourism is having another excellent year. The figures, which are the best on record for this period, are up an encouraging 11.7% compared to the first six months of 2014. This is excellent news for everybody involved in Irish tourism and reflects the hard work carried out by Government and all those involved in the tourism industry’.

Minister Donohoe said: ‘The latest publication shows that we are doing well from all of our main target markets including Mainland Europe, Great Britain and North America and confirm the signals we have been getting from the trade. The newly formed Tourism Leadership Group, which I will chair, will meet in the coming weeks to start work on the development of a Tourism Action Plan to specify actions to achieve the ambitious growth targets for Irish tourism set out in the Government’s Tourism Policy, ‘People, Place and Policy – Growing Tourism to 2025’’.

Minister Ring also welcomed the Overseas Travel figures and highlighted the similarly strong domestic tourism performance as shown in last week’s Household Travel statistics. He said: ‘Recent figures showed that domestic holiday trips were up 13.5% for Q1 2015 compared to Q1 2014 and that associated domestic holiday expenditure was up 15.2%. I am confident we will continue to see further domestic holiday growth throughout the main holiday season, and upcoming events like the Galway Races, the Rose of Tralee Festival, the Discover Ireland Dublin Horse Show and Fleadh Cheoil na hÉireann in Sligo should ensure that the strong tourism performance is maintained. These latest figures show that the efforts of everybody, from the highest levels of Government to the smallest B&B, are paying off. Working with Tourism Ireland to sell Ireland as a destination overseas and with Fáilte Ireland to continually strengthen the tourism product, we can ensure that the growth continues for many years to come.

CEO of Tourism Ireland, Niall Gibbons, stated: ‘The figures indicate that this was the best ever January to June period for overseas visitors to Ireland, with almost 3.9 million arrivals recorded, representing an increase of +11.7% – an additional 407,100 overseas visitors – when compared with January to June 2014. Our aim is to ensure that 2015 is the best year ever for Irish tourism. I am delighted to see that growth has been recorded from all of our markets around the world, with record numbers from North America (up almost +15% on the first half of 2014) and our long-haul markets (+12%). Mainland Europe has also turned in a stellar performance (up +13%), with important markets like Germany (+12%), France (+13%), Italy (+32%), Spain (+15%), the Nordic region (+5%) and Benelux (+11%) all recording fantastic growth. I also welcome the strong increase in British visitors (+9.4%), our largest market for overseas tourism.Today’s figures very much reflect the sentiment expressed by our tourism industry partners overseas, including tour operators and carriers, as well as tourism businesses here at home’.

Welcoming the strong figures, Fáilte Ireland CEO, Shaun Quinn, emphasised: ‘As we reach the half-way mark and head into the high season for visitors, these figures today signal that tourism is very much on track for a record performance this year. We’re offering good value along with great quality and we have attractive propositions such as the Wild Atlantic Way, which are strengthening our appeal. With favourable currency exchange rates also helping matters, tourism is ideally positioned this year to generate visitors, revenue and jobs like never before’.

Renault starts a new chapter with its adventu...
Truma iNet System paves the way for a networked future Win a baa-rilliant long weekend in Devon in a Bailey caravan with #BaileyShaunSelfie competition