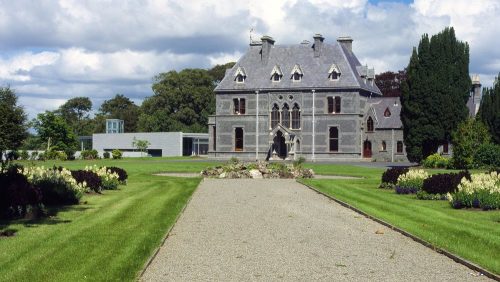 The announcement also saw the further expansion of the scheme to include new types of public green spaces. In Waterford the country’s first Greenway was accredited, and in Cavan a UNESCO Global Geopark become a Green Flag Award Site for the first time.

Numbers of International Green Flag Award Sites for the best parks and gardens to visit in Ireland have surged again this year. New green flag parks and gardens, accredited by teams of trained volunteer judges, include for the first-time sites from Counties Cavan, Donegal, and Waterford.

Only awarded for exceeding tough environmental standards in green space management, and excellence of visitor attractions – the Green Flag Award for Parks is the mark of a quality park or green space and is recognised throughout the world.

Today, An Taisce revealed the parks and green spaces that have been awarded a prestigious Green Flag Award for 2020.

We can now celebrate 84 Irish Parks and Gardens from across the Republic of Ireland receiving their 2020 Green Flags.

From among 15 countries whose parks met the standard this year there were once again more Green Flag Awards secured by Irish Parks and Gardens than by any country, other than the UK where the scheme originated in 1996.

This year has also seen the number of Green Flag Community Award sites in Ireland more than double from last year. Additional community run parks and gardens were accredited in Counties Carlow, Donegal, Fingal – North County Dublin, Kildare, Galway, Roscommon, and Wexford. In all 14 amenities maintained by community groups are being acknowledged for the excellence of their volunteer run community green spaces.

The Minister of State for Community Development and Charities; Joe O’Brien stated that; “This year we have appreciated the importance of the public parks and gardens within our communities probably more than at any other time. They have supported us all in maintaining a significant quality of life during restrictions, uncertainty, and upset. Without our public parks and gardens our lives would have been much further reduced and confined. I would like to take this opportunity to thank all of the hard work put in by park staff, and community volunteers, across the country. Not only in achieving this Green Flag Success for Ireland today, but in maintaining the many parks, gardens, and greens across the country for our mutual benefit. It is a great credit that they largely remained open and well managed at this difficult time.”

The Green Flag Awards are judged every year by a peer jury of green space experts, who volunteer their time to visit applicant sites and assess them against eight strict criteria, including horticultural standards, cleanliness, sustainability, and community involvement.

“I think that now our public parks are more valued than ever it is time to start appreciating them as investments in the future. Any funding spent on parks is repaid by them in terms of our quality of life, health, and happiness. They also provide us with the ability to adapt to the unexpected in an increasingly urban environment, and uncertain World” said Robert Moss, the Green Flag Award for Parks Manager for the Republic of Ireland.

Robert Moss also noted that the Green Flag Community Award element of the scheme is supported by the Department of Rural and Community Development because “it builds a very constructive conduit for information, knowledge and skill share between the professional and voluntary green space management sectors within our society”.

Four of the 2020 Green Flag Award winning parks were also identified by the National Biodiversity Data Centre for an additional Pollinator Project Award. This award is specifically for those Green Flag Parks or Gardens that have made an effort to support the local pollinating insect populations, or to promote their importance. The Pollinator Project Award is jointly run with An Taisce Environmental Education to support the All Ireland Pollinator Plan, and is kindly sponsored by Young’s Nurseries. While there are pollinator project awards across different park categories it was Maynooth Campus, that was the overall winner. This site features not only pollinator friendly planting and gardening, but also makes a great effort to educate the public and to promote these efforts through its website and social media.

The full list of the 2020 Green Flag Award winning parks within the Republic of Ireland is as follows:

The Ocean Race & TIME in a race to give the o...
Queen's & Lough Neagh Landscape Partnership launch "Community Archaeology Toolkit" Step into the world of the 2021 model Wellhouse Ford La Libertà special edition