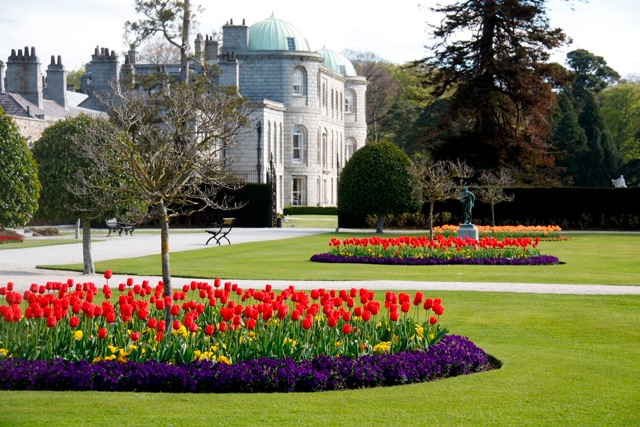 The Minister for Transport, Tourism and Sport, Paschal Donohoe TD, together with Minister of State for Tourism and Sport, Michael Ring TD, officially launched Ireland’s Ancient East, Fáilte Ireland’s latest tourism initiative which will build on the wealth of historical and cultural assets in the east and south of Ireland.

Crucially, Ireland’s Ancient East is geared to maximise the history and heritage in the region and bring it to greater international attention. To do this, the new initiative will offer visitors a personal experience of 5000 years of history through a relaxing journey of discovery in the beautiful landscape that attracted warring settlers for millennia and illuminated by stories from the best storytellers in the world – the local people. Stretching from Newgrange and the Boyne Valley in the north east and ranging through the midlands all the way down via Kilkenny’s Medieval mile to Waterford’s Viking Quarter and Cork’s many cultural attractions, the new brand proposition is intended to match and complement the Wild Atlantic Way in terms of scale and ambition. You can read more about it in an illustrated fact sheet.

Based on comprehensive research in overseas markets, the initiative is aimed at particular market segments overseas (identified by the research) who have indicated they would be more likely to come to Ireland to explore new landscapes, history and culture or simply to take time out from their busy lives and careers to connect with local heritage and nature and their own place within.

To illustrate the strength of Ireland’s Ancient East’s appeal for these market segments, Fáilte Ireland recently produced a short Video explaining the brand to international travel agents and operators attending its annual trade fair, Meitheal. Fáilte Ireland’s research suggests that an initiative themed along these lines has the potential to deliver an extra 600,000 overseas visitors (growth of more than 20%) to the region and increase visitor revenue by almost 25% to €950m in total by 2020.

Officially launching Ireland’s Ancient East, Minister Donohoe said: “Recent growth in visitor numbers has confirmed Ireland is a popular destination. However, the market research tells us that there is potentially a lot more growth out there if we pitch our best assets to those segments with the most potential. Indeed, when I recently launched our new national tourism policy, ‘People Places and Policy’, I emphasised that we would need to continue developing projects that were both big enough and attractive to help us cut through to compete in international markets.

“With the great amount of history and heritage in such a relatively compact area, ‘Ireland’s Ancient East’ will allow us to seriously build on the assets we have in the east and south – and the significant investment which has been made in tourism attractions in the region over the last few years. While appealing to a different type of a visitor, I am confident that Ireland’s Ancient East will prove as effective and popular as the Wild Atlantic Way and will, when brought to the overseas markets by Tourism Ireland and the tourism trade, deliver significant additional numbers of visitors, revenue and jobs to the region”.

Fáilte Ireland has spent the last year working in consultation with key stakeholders to develop the initiative including tourism attractions and businesses throughout the region. Following much consultation and deliberation, Ireland’s Ancient East will be crafted along four distinct thematic pillars:

• Ancient Ireland – The Dawn of Civilisation (including the prehistoric attractions of the Boyne Valley in Newgrange and sites such as the Brownshill Dolmen in Carlow);

• Anglo Ireland (including Ireland’s Great Houses and Gardens as well as sites such as the Dunbrody Famine Ship and Wicklow Gaol).

Mr Quinn pointed out that Ireland’s Ancient East was an evolving initiative with much work to do. Fáilte Ireland will be working with businesses and communities in the region to bring the proposition to life – including a series of experience development workshops to assist them in animating the stories of their locality. There will also be a signage and interpretation programme to bring all the diverse elements of Ireland’s Ancient East under the new brand.

As well as the traditional marketing of the new brand overseas, Fáilte Ireland will also be working with the local tourism industry to help them actively sell the new proposition to potential customers and overseas trade. Already, at this year’s Meitheal, the new proposition has been introduced to overseas buyers and selected Irish operators are pitching it to buyers at the marketplace sessions.