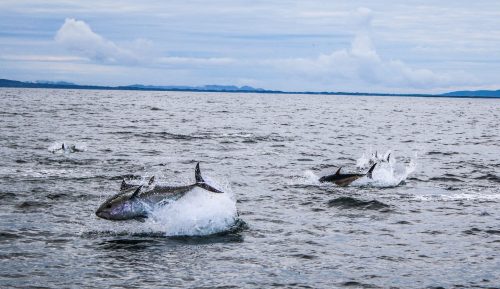 Over 1,100 Atlantic Bluefin tuna, the ‘giant of the sea’, have been successfully tagged and released under ‘citizen scientist’ partnership

Experienced charter skippers can apply for Ireland’s 2022 Bluefin tuna scientific survey programme, as scientists confirm that over 1,100 of the largest tuna in the world have been successfully tagged and released through the programme in the last three years.

Building on the successes of the Tuna CHART (CatcH And Release Tagging) programmes of 2019-2021, this scientific data collection catch and release fishery for Ireland will operate in 2022, subject to Covid-19 restrictions.  In 2022, a maximum of 25 authorisations may be granted to qualifying angling charter vessel skippers around the Irish coast. This fishery will open on the 1st July and close on the 12th November 2022.

Between 2019 and 2021, some 1,136 Atlantic Bluefin tuna have been caught, tagged, measured and released off the Irish coast by authorised charter skippers. The largest tuna tagged to date in the programme was 2.75m, weighing an estimated 372kg. All tuna were carefully managed in the water alongside the charter vessel, subject to strict guidelines set by the Tuna CHART programme, and all were released alive. Data from the tagging programme have been collated by the partnership for reporting to the International Commission for the Conservation of Atlantic Tuna (ICCAT).

The core aspect of the Tuna CHART programme is the welfare and successful release of the Bluefin tuna. Authorised skippers will be required to have high specification rods, reels and line in advance of the open season in order to ensure that the fish is brought alongside the vessel to be measured and tagged in the water in a timely manner.

Experienced charter skippers are being invited to apply to join the 2022 Tuna CHART programme between February 14th and 28th by filling out an application form online at  www.fisheriesireland.ie/bluefin