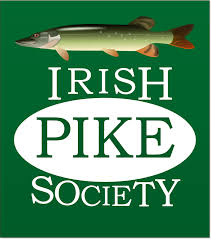 It has been falsely suggested in certain quarters that the annulment of the Designated Salmonid Waters Bye Law 2018 by the High Court on 25th February last occurred because the State “failed to show up and defend” the Bye Law in Court. IPS and IFPAC now wish to put on record what actually occurred.

The proceedings were issued and served on the Office of the Chief State Solicitor, on behalf of the Minister for Communications, Climate Action and Environment, on 26th November 2018. Four affidavits in support of the application were filed. One of these affidavits was sworn by Dr. Bruno Broughton, an internationally renowned Fisheries Management Consultant with a Doctorate in Zoology and with the experience of having completed in excess of 2,100 assignments over his 20 years’ experience as an independent Fisheries Management Consultant. In his affidavit Dr. Broughton confirmed his expert opinion in his report dated 15th November 2018 as follows:

“I conclude that the ‘Salmonid Waters Bye-Law, No 964, 2018’ is unjustified and at complete variance with current peer-reviewed research. It runs contrary to the standards to best available, up-to-date science and, in relation to the seven loughs, it cannot be therefore expedient for the more effectual government, management, protection and improvement of the fisheries of the State or any part of the State.”

“I conclude that pike are almost certainly native to Ireland or have been present for so long such that they have become naturalised….I note that previous fisheries management policies in Ireland assumed that pike were invasive and not native… The recently enacted Bye-Law continues this outmoded and unscientific approach to fisheries management, and, in my opinion, is predicated on the assumption that pike are an invasive and not a native species.”

“The broader ecological consequences of the bye-law are unknown, and no appraisal of the dangers appears to have been conducted and no impact assessment carried out. From a fisheries management perspective, it is retrogressive, risky and uncontrolled, a scenario which ‘best-practice science’ strives hard to avoid. Moreover, I believe that it has the potential to cause significant ecological harm while not offering any demonstrable scientific, conservation or recreational benefits.”

Senior Counsel and Junior Counsel were retained by Office of the Chief State Solicitor to advise the Minister. Between 10th December and 18th February, the case was before the Court on 5 occasions and on each such occasion the Minister’s legal team sought and was given time to consider the affidavits filed on our behalf and to engage its own expert to advise on the matters raised by Dr. Broughton’s Affidavit and report. No expert report to contradict or dispute Dr. Broughton’s conclusions was ever disclosed to our legal team by the Minister’s.

On Friday 22nd February, the Office of the Chief State Solicitor wrote to our Solicitors, Martin E. Marren Solicitors, stating that they would consent to an Order annulling the Bye Law when the matter next came before the Court on the following Monday 25th. On 25th February when the case came before Mr. Justice Noonan, the Minister was represented by both Senior and Junior Counsel and the Minister’s Senior Counsel informed the Court that the Minister was consenting to an Order annulling the Designated Salmonid Waters Bye Law 2018. Mr. Justice Noonan duly made the Order. It should be noted that this was the sixth occasion that the case was in Court.

It is unfortunate that others with little or no knowledge of what occurred have seen fit to give a misleading account of the Court proceedings. The State and its lawyers considered at length the merits of our appeal and the Minister ultimately concluded that he should consent to the annulment of the Bye Law. At every stage in the process, the Minister was represented by the Office of the Chief State Solicitor and by Counsel.