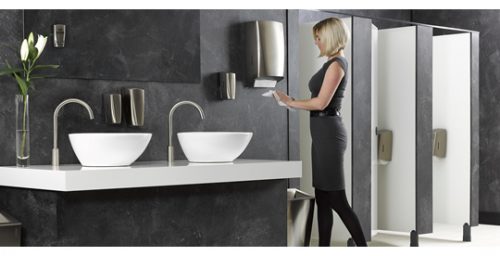 -82% of people judge a company based on its bathroom

According to a survey carried out by Initial Hygiene, Ireland’s leading experts in hygiene, 82% of people stated that their perception of a company would be affected by the condition of its bathroom. The survey also found that 98% of people have encountered unpleasant odours when using a public restroom.

64% of people reported that they would probably or definitely not use a bathroom if it had a bad smell.

73% of respondents expressed that a restroom in a poor condition would probably or definitely motivate them to never return to a business.

The businesses that people found were the worst offenders are:

Hospitality venues, such as hotels and restaurants, where 57% of respondents have encountered a foul smelling bathroom.
Travel facilities, such as airports or bus stations (53%).
Retail facilities such as shopping centres (50%).
Schools and universities (13%), and conference or training centres (12%) were the venues where people have encountered the fewest odorous restrooms.
Initial Hygiene is urging businesses to ensure that their bathrooms are clean and hygienic during the busy Christmas period, when more and more customers will be utilising public restrooms in shops, hotels, restaurants, transport facilities, and a host of other outlets.

Richard Faulkner, Advanced Technical Field Consultant with Initial Hygiene said “This research shows that the condition of a company’s bathroom has a major impact on a customer’s experience and overall impression of that business. Ensuring that washrooms are clean, hygienic, and not off-putting is vital for any organisation that wants to attract and retain customers, particularly during the busy Christmas period. Today, it’s easier than ever for anyone to publicly highlight a hygiene or cleanliness issue in a business to thousands of people online, and the resulting damage to that business’s reputation can be immense.”