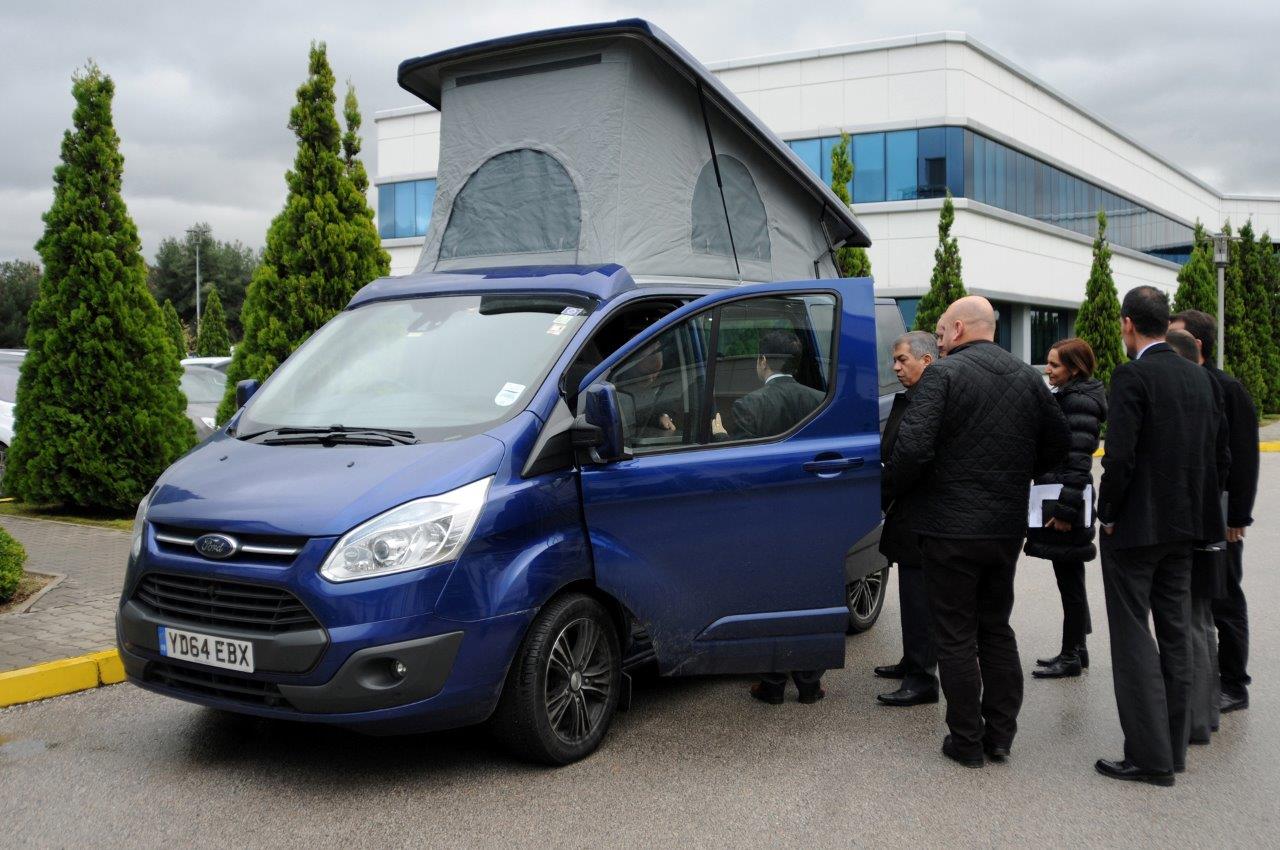 When most people think of turkey in November, it’s because Christmas is only a few weeks away, but not David Elliot, the managing director of Wellhouse Leisure, as this year it had a completely different meaning – an epic, six day, 4,500 mile, 10 country road trip to Turkey in a Wellhouse Ford Terrier campervan to show the workers at the Ford Otosan factory how it converts its Transit into an award-winning motorhome.

The trip also proved that like any great campervan, the Wellhouse Ford Terrier is perfect for driving long distances in comfort and adventures to remote parts of Europe, and beyond.

David, with his colleague and co-driver Layne Stuart, set off early on Sunday 23 November and passed through France, Belgium, Germany, Austria, Slovenia, Croatia, Serbia and Bulgaria before crossing into Turkey on Tuesday, 25 November – just three days later, after an average of nearly 800 miles a day.

After a factory tour to see Ford Transits being produced at an impressive rate of 900 a day, six days a week by 10,000 staff at the Ford Otosan factory, David proudly showcased the Wellhouse Ford Terrier to senior management and staff so they could see how it converts the Transit Custom into an award-winning campervan – the Wellhouse Ford Terrier.

On the Wednesday afternoon, the Ford Terrier turned round to head home again, and travelled nearly 2,200 miles all the way back to Wellhouse Leisure’s base in Huddersfield in just 48 hours.

From its early start on Sunday morning, to getting home again 4,500 miles later on Friday afternoon, the Terrier didn’t miss a beat, cruised effortlessly all the way and returned an impressive average of 33 mpg. Updates and photographs taken during the trip were posted regularly on the Wellhouse Leisure Facebook page and via Twitter (@wellhousecamper, #TerrierRoadTrip).

Commenting on this epic road trip, David Elliot said: “It was an amazing trip. We’ve seen some amazing sights, from remote parts of Europe we’re never likely to see again (and some we probably don’t want to see again!), to the impressive Ford Transit factory, and we were delighted to receive such a warm welcome from everyone at the Ford Otosan plant.”

“Apart from getting lost in Bulgaria and thinking we weren’t going to survive the complete traffic chaos of the Istanbul rush hour, the trip went extremely well, and really proved that the Ford Terrier is designed and built to undertake long distances trips like this in its stride,” David added.

“It was great to meet David Elliott in Turkey last week and to show him our factory producing the Ford Transit, Transit Custom and Transit Courier vehicles.  The Ford Otosan team and I were very interested and proud to see the product converted into the Terrier vehicle.  We wish David and the whole Wellhouse team great success in the future “, said Will Periam, Deputy General Manager, Ford Otosan

The Ford Terrier has now broken a new sales record for Wellhouse Leisure, with over 150 orders, and more Ford retailers signing up to become agents for it, making a total of 23 across the UK.