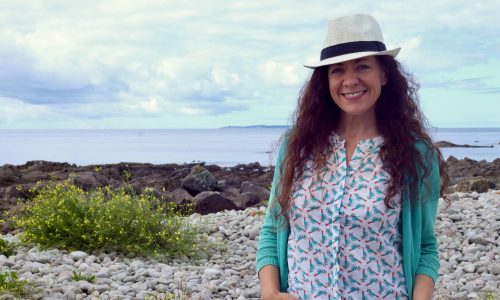 This Autumn a new series of the award winning ‘Bailte’ returns with Síle Nic Chonaonaigh continuing her journey through the townlands of Ireland. With over 60,000 townlands in Ireland, they remain one of the pillars of modern Irish life, and on this journey Síle explores the resilience within our rural communities and reveals the deep connection people have with their townland and how local landscapes and traditions remain a constant influence on our daily lives.

The series celebrates hard working and vibrant communities that are working to ensure their community is more than just a mere layby and a pretty spot on the Wild Atlantic Way. With the spectacular backdrop of rural Ireland and an honest telling of contemporary life ‘Bailte’ gives a distinctive portrayal of life in Ireland.

Each week we visit a different townland and community to learn what life is like for local people. Some townlands Síle visits have hundreds of locals, while others have much fewer, while one townland we visit has just the one family. As well as the many advantages of living in rural townlands, the series also shares the difficulties living in remote area, rural depopulation, lack of basic services, unemployment, and the uncertain futures of both the farming and the fishing industries. The series finds the pulse of rural Ireland in 2022.

Among the townlands visited are Tír an Fhia in Co. Galway, Rann na Feirste in Co. Donegal, Béal Átha an Ghaorthaidh in Cork, and An Baile Riabhach on the Dingle Peninsula.

Tír an Fhia is a busy village of 200 people on Garmna nestled between Cuan Chill Chiaráin and Cuan an Fhir Mhóir in South Conamara. Síle finds Tír an Fhia to be a welcoming confident village where old customs and traditions are still practised along with a positive outlook and understanding of what is required for a remote community to survive in modern day Ireland. Síle meets with Antaine Ó Gríofa who, together with his wife and family, returned to Tír an Fhia from England in the 1990s and with Micheál Ó Domhnaill & Eibhlín Ní Chonghaile and their toddler as they begin family life in Tír an Fhia.

Situated along the rugged Northwest coastline of Donegal lies the village of Rann na Feirste. During her visit Síle Nic Chonaonaigh finds a lively, artistic and proud community steeped in literature, storytelling music and song. She learns of the origins of the village when in 1736 the Mac Grianna brothers Seán and Pádraig purchased land here for £5 and of how these first settlers still influence the fortunes and lives of the local community to this day.

Béal Átha an Ghaorthaidh is a charming village in the Shehy Mountains along the Cork and Kerry border. It is one of the main villages in the Múscraí Gaeltacht and comprises of two separate townlands, Drom an Ailigh and An Chill Mhór. During Síle’s time in Béal Átha an Ghaorthaidh she sees the inspiring ways the local community stand by one another. She is also given an insight into the wealth of music and song in the area which is going from strength to strength with each generation.

An Baile Riabhach is located a few miles west of An Daingean in West Kerry. In one way, it is a relatively new townland, as the current occupants are descendants of the families that moved into the village through the land commission’s schemes of the 1950s following the departure of the landlords. But of course, people lived there long before that, and the archaeological ruins of Teampall Mancháin, also known as An Teampall Geal, are the focal point for the traditional patron festival. The local community still celebrates the patron festival with a dawn Mass on Easter Sunday, as Síle witnesses on her visit to this vibrant, welcoming, and rich community.

The series begins on Thursday September 15th 8pm on TG4