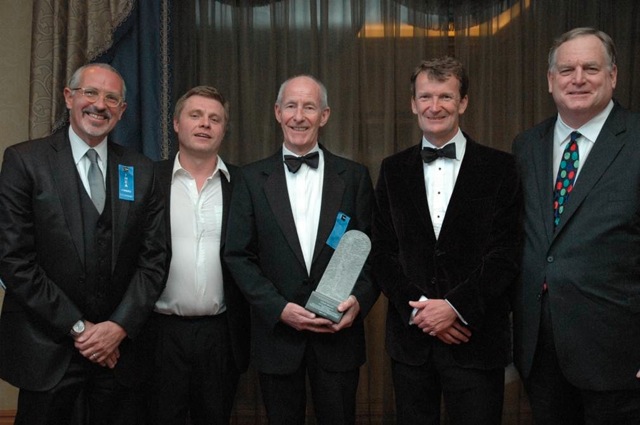 Titanic Belfast has won a Visitor Centre Outstanding Achievement Award from the world’s top themed entertainment association, based in the United States.

Themed Entertainment Association (TEA), recognises excellence in the visitor attraction and entertainment industry, and has awarded Titanic Belfast the recognition along with some of the world’s top attractions, including Disneyland Hong Kong, the Mind Museum in the Philippines, and the Michael Jackson ONE showcase.

Describing the world’s largest Titanic visitor experience, which opened in March 2012 at the site where RMS Titanic was built more than 100 years ago, TEA said “the building inside and out is spectacular…a reason to visit for people from all over the world”.

It added: “This project embodies beautiful execution, attention to detail; sense of place and time (both in the present and in the past), visual impact, story-telling techniques and community significance.”

Titanic Belfast CEO, Tim Husbands, who recently received an MBE in the Queen’s honors on New Year’s Day, received the TEA award in at the Disneyland Resort Hotel in California.

He said: “This is our first truly international award and to be receiving it at the home of Walt Disney, the creator of film animation and imagineering is a huge honour for both the team that created the iconic building and the team that have operated it so successfully since we opened it.

“The vision of Titanic Belfast was to provide the city of Belfast with a world class visitor attraction that would make it a new, vibrant and confident tourist destination. Two years of operation coincided with the time of the award ceremony in California, and we could not have asked for a better second birthday present.”

James Alexander, Managing Director of Event Communications, designers of the galleries at Titanic Belfast’s exhibition, said: “‘Event is delighted to join in the celebration of Titanic Belfast’s success at the THEA Awards.

“Titanic Belfast is a magnificent project that uses the Titanic story to explore Belfast’s rich history, at the same time as living the tragedy through the eyes of those involved.  The outcome is the culmination of 10 years of design work by the creative team led by Event and we are proud to have been at the heart of such an impactful project.”