Truma iNet System paves the way for a networked future 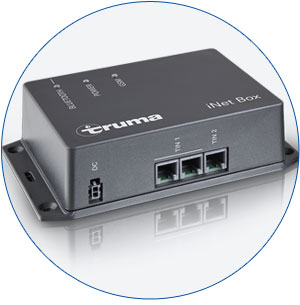 The Truma iNet System is not just a remote control for the Combi heater and the Truma air conditioning systems, it is much more than that: the iNet Box paves the way for a networked Truma world inside recreational vehicles. “This is why we do not call it a GSM-Box, but an iNet System. A system that we will continue expanding and enhancing to make camping even more easy and comfortable,” says Mark Joseph Müller, head of sales, marketing, service international.

All future Truma devices will become part of the iNet Systems; this will also include new services and applications. “For example, we can imagine integrating water and gas filling level displays into the iNet world.” Cooperations with external partners are also feasible. “The iNet system offers numerous possibilities; we are open to good ideas and look forward to discussions with our customers – vehicle manufacturers, dealers and end customers,” says Müller. “We will decide which features to incorporate after discussing with our customers and partners in the industry.”

Thanks to its two TIN buses, the Truma iNet Box is open for numerous future products and solutions, and acts as an interface in the networked recreation vehicle. And not just in motor homes. Today, the Truma iNet System is also an interesting option for caravans, because the Truma air conditioning units can also be remotely controlled directly via the iNet Box and the Truma app, even without the control panel CP plus. Mark Joseph Müller: “One thing is certain: The Truma iNet System will make camping easier and more fun in motor homes and caravans alike.”