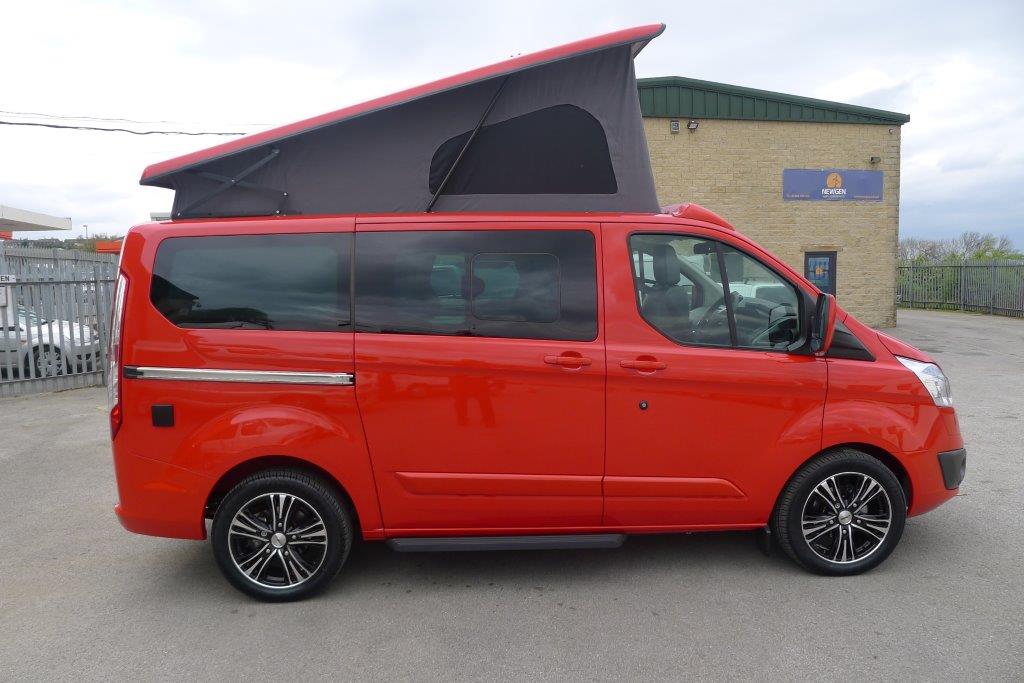 The Wellhouse Ford Terrier has beaten several VW campervans to win an ‘Ultimate Showdown – VW T5 v The Rest’ test of Volkswagen-based campervans against key rivals in the latest (December 2014) issue of Which Motorhome magazine. Proving the Terrier is a serious rival to the popular VW campervans, the test team described it as, “seriously good and a genuine California alternative”, while as a base vehicle, the Ford Transit was also praised as, “more driver-friendly than ever”.

The 22-page campervan test also said, “The Terrier conversion is a real gem,” and that it was, “snapping on the heels of the Cali in so many ways,” thanks to its (competitive) starting price, higher standard specification and sliding door on the UK side. Wellhouse’s direct collaboration with Ford, including retailing the campervan through a growing number of its dealer network, also put the Terrier in, “a very strong position”.

Which Motorhome’s deputy editor, Simon Hastelow, said he thought the Terrier was, “definitely the best all-rounder on test here,” while the editor, Peter Vaughan, added the final accolade of the test: “Driving characteristics are everything for me, as I rack up a lot of miles for both business and pleasure. So, it’d be a Wellhouse Terrier at the top of my shopping list.”

The Wellhouse Terrier is the first UK conversion based on the new Ford Transit Custom, and now on sale in nearly 20 Ford showrooms. It is available in three specifications – S, SE and Sport – with on the road prices ranging from £39,500 to £46,500.

The Transit Custom base vehicle already has a higher standard specification than its Volkswagen rivals in the Which Motorhome test, while the Wellhouse campervan conversion also offers advantageous features, such as five seats with full three-point seat belts and a sliding rear seat system to give it the flexibility of maximum storage or living space. Its compact size, driveability, luxury and versatility make it perfect as an everyday car during the week and a home from home for touring holidays or weekend activities.

David Elliott, managing director of Wellhouse Leisure said: “We are thrilled that Which Motorhome has praised the Terrier so highly compared to the popular Volkswagen campervans it tested. The very experienced test team really know what they’re talking about, so this is a great honour for the Terrier, and proves why it has been such an instant success.

“I’d like to thank everyone at Ford for all the help and support I’ve received. This test proves that the Transit really is an excellent base for a campervan, and now a serious competitor to its established competitors in this market,” David added.

The December 2014 issue of Which Motorhome is now available in all leading newsagents or can also be purchased in print or digital versions at www.outandaboutlive.co.uk.