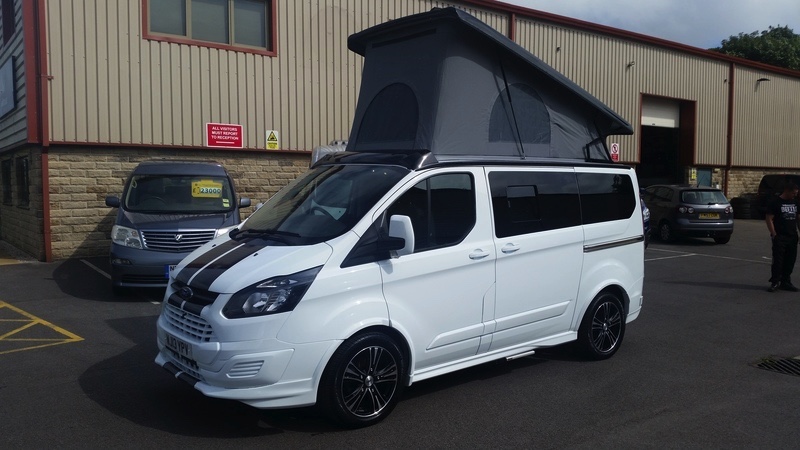 The popularity of Wellhouse Leisure’s Ford Transit Custom based Terrier has led to huge demand for used models. In order to meet that market the Yorkshire-based firm, now owned by Lunar Caravans, is offering the Ford Misano, a camper van conversion based on used, low mileage Ford Transit Custom Limited models between six months and three years old. 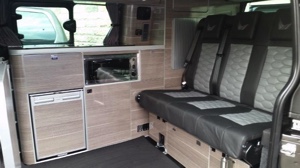 The generously specified vehicle offers the usual Wellhouse Leisure quality and design but with prices starting from £10,000 less than the similar brand new Terrier models. Expect to pay around £37,000 in the UK for a 12-18 month old Ford Transit Custom base vehicle with between 10-20,000 miles, while older vehicles will be less expensive.

A standard front double passenger (swivel) seat means the Misano can seat six people while a single front passenger seat is available as a £750 option.

The Misano features an elevating roof with double bed and a sliding rear seat, albeit from a different UK-sourced supplier to that offered on the Terrier. Furniture is provided by Tecnoform, while the Misano also comes with 240v mains hook-up, Eberspacher heating, 100W solar panel, electric step, fresh and waste water tanks, 40-litre Dometic compressor fridge, and a stainless steel hob and sink unit with glass lid.

Sarah Elliott, Managing Director of Wellhouse Leisure said the launch of the Misano will open up the campervan market to a wider audience: “The used market for the Terrier is fantastic but we can never get enough of them, so now we will be able to offer buyers with a lower budget a Misano instead. We are currently overseeing the transition of production of the Ford Terrier and Toyota Lerina to Lunar Campers in Preston, and then Wellhouse Leisure will focus on producing other models like the Misano.”

Wanderlust, Wellness & Adventure in the Great...
Travel safely with this towing advice from IAM RoadSmart and Caravan and Motorhome Club Roller Team takes wraps off 2019 line-up