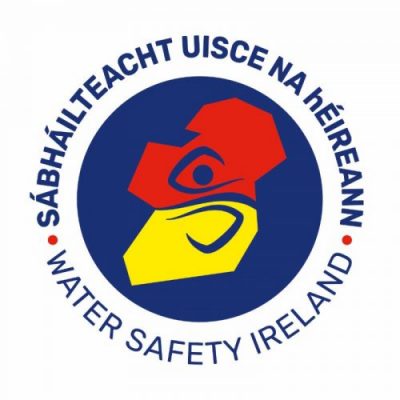 Mr Michael Ring TD, Minister for Rural & Community Development presented the ‘Seiko Just in Time Rescue Award’ to the rescuers in appreciation for saving so many lives. “It is an honour to pay tribute to these deserving award recipients”, commented Minister Ring. “Without their bravery, quick thinking and selflessness, the outcomes could have been very different. On average 124 people drown annually in Ireland and while one drowning is one too many, the figure would have been higher but for these courageous rescuers.”

Other recipients include 61 volunteers  presented with Long-Service Volunteer Awards, recognising a combined total of 1,275 years of personal service teaching swimming, water rescue and survival skills in communities nationwide. “I would like to commend the efforts of Water Safety Ireland volunteers who devote their time and contribute to the year on year trend of reduced drownings”, continued Minister Ring. “The Lifeguard service is also crucial to safety on our waterways and would not be possible without the teaching and assessment conducted by Water Safety Ireland Volunteers nationwide. This summer, Lifeguards rescued 260 people from drowning, administered first aid on 3,284 occasions and reunited with loved ones 289 lost children found wandering unsupervised near water.”

“I would ask all adults to make themselves more aware of the dangers of drowning”, commented Martin O’ Sullivan, Chairman of Water Safety Ireland. “Tragedy can strike in seconds but with the right knowledge, skills and attitudes everyone can avoid the hazards and take responsibility for their own safety. Encourage your family, friends and colleagues to read Water Safety Ireland’s guidelines at www.watersafety.ie so that they can enjoy Ireland’s waterways safely.”

Matthew Sills – Waterford
On the 5th of August 2019, Matthew was out and about in Tramore when he noticed a large group of people looking very panicked on the prom. This group was watching a brother and sister trying in vain to escape a rip current. A doctor and former lifeguard, Matthew had rescue equipment in his car and instantly ran for a rescue tube. He rushed into the water fully clothed and made his way to the two swimmers. At this point the woman had lost a lot of energy so Matthew placed the rescue tube around her and offered practical advice to the man. Matthew remarkably steered the swimmers ashore.

Tom Breen – Clare
On the 14th of September 2019, Tom was taking part in his surf heat for the West Coast Surf Club Open Competition. Events took an unexpected turn when two nearby swimmers got into difficulty. Realising the peril they were in, Tom paddled out at speed to help the two people struggling in the water. As one of the swimmers experienced hypothermia, Tom brought this person onto his board and provided reassurance to the other in stressful circumstances. From there, Tom guided both swimmers onshore to safety, where the organisers of the competition were on hand to give assistance.

Barry Mahoney – Wicklow
On the 27th of October 2018, Barry Mahoney was walking with his family along The Cove beach in Greystones. The family stopped after noticing a woman going for a swim in very difficult conditions. A number of strong waves hit the swimmer and she became disorientated as a result. Upon noticing her distress, Barry immediately responded to the unfolding emergency. He discarded his belongings and entered the sea with a lifebuoy. In spite of high waves and strong winds, Barry reached the woman and thankfully pulled her to safety.

Tom Upritchard – Cavan
On the 15th of August 2019, Tom Upritchard was kayaking with his family at Craigavon Watersport Centre when his father became unstable in the water and fell overboard. With Tom’s father beginning to panic, Tom sprang into action and jumped into the water. Calling on his own expertise he not only calmed his father by offering reassurance, he also gave practical advice to ensure they made it out of the water safely. Tom directed his father to turn onto his back and float. Both men managed to return to the shoreline with Toms’s father completing an inverted breaststroke and a crisis was averted.

Cyril McKeon, Damien McCabe and Paul Gilmartin – Leitrim
On the 6th of May 2018, a training session almost resulted in disaster for a prospective marathon runner. While preparing for an upcoming event, the man fell into the canal at Blueway Waterway. Luckily, Cyril McKeon, Damien McCabe and Paul Gilmartin were on hand as they too were training along the canal. After hearing a splash in the water all three raced to the gentleman’s assistance. The men performed CPR and made sure ambulance personnel were called to the scene.

Garda Karl Byrne – Dublin
On the 10th of November 2018, a man entered the River Liffey. Another individual saw the incident and decided to try to save the gentleman. Unfortunately, this attempt proved unsuccessful and two people were now in difficulty in the water. Thankfully, a quick thinking member of the public drew the attention of a passing Garda van. Garda Karl Byrne showed decisiveness when arriving at the scene and jumped into the river from a nearby bridge without fear. Despite the dangers of poor visibility and a strong current, Garda Byrne’s efforts proved effective and he managed to rescue the two men in the water.

Garda Donal Tully and Garda Neill Gavin – Dublin
On the night of 31st October 2018, Gardaí were alerted to a woman in distress at White Rock Beach, Killiney. Upon reaching the location, it became obvious the woman was in difficulty and would need to be saved. Garda Donal Tully swam roughly 500 metres in cold and hazardous conditions to the individual. Garda Neill Gavin assisted in the operation, obtaining a lifebuoy further along the beach and throwing it to Garda Tully. The woman was subsequently brought to shore and successfully removed from the water.

Garda Mark O’ Sullivan and Garda Gerard Doyle – Donegal
On the 19th of June 2019, Garda Mark O’ Sullivan and Garda Gerard Doyle were called to Ballywhorskey Pier where a woman entered the water. Garda O’ Sullivan threw a lifebuoy to the woman and she managed to grab onto of it. The two men pulled the woman close to the pier. Suddenly the Gardaí recognised the woman was in shock and had very little strength. Demonstrating calm in a pressurised situation, Garda O’ Sullivan entered the water to hold onto the woman, while Garda Doyle retrieved a body brace from their patrol car. This was put around the woman’s head to provide extra support. Both Garda held onto the woman until further emergency arrived and removed the woman from the water. The woman was transported to hospital and made a full recovery.

Garda Caroline O’ Brien, Garda Aoife Doyle and Garda James McGuill – Kilkenny
On the 7th of July 2019, Garda Aoife Doyle saw a young man hanging from a wall. Garda Doyle and her colleagues rushed to the area in an attempt to stop the person from falling into the river below. Unfortunately, the man plunged into the water. Garda Caroline O’ Brien also entered the water and brought the man to the surface. In the meantime, Garda Doyle found a lifebuoy nearby. Garda James McGuill then threw the lifebuoy to Garda O’ Brien who was still keeping the man afloat in the water. Garda McGuill and Garda O’ Brien pulled the man to safety. He was brought to hospital and made a full recovery.

Deborah Reilly – Westmeath
On the morning of the 12th of November 2018, at the River Shannon (Wolf Tone Terrace), while driving to work Deborah noticed a small crowd of people gathered at the water’s edge. She noticed that there was a woman in the water. Deborah immediately instructed that someone phone emergency services and she entered the water. After a period of time, she managed to bring the woman to safety.

Stephen Kiely, Sean Cremin and Tomás O’Riordan – Cork
On the 8th March 2019, at Ballincollig Regional Park, fisheries officers Stephen Kiely & Sean Cremin were on patrol in the River Lee. They were informed that a man was in the river. Both officers went to the area and climbed down the bank to the casualty. They managed to bring the unconscious casualty onto the river bank. Officer Tom Riordan instructed Stephen on various steps of responsiveness from the casualty and informed him that they should commence CPR. Both Sean & Stephen performed CPR on the individual for approximately 7-10 minutes. The casualty eventually started to respond with signs of life. Emergency services arrived and took the casualty to hospital where he made a full recovery.